In case you missed it – my husband and I found out we were pregnant back in August of 2016 and had a beautiful baby boy March, 2017.  You can see our baby announcement here.  Since I hadn’t been keeping up with my blog, I’m now playing catch up.

For as much as I had planned on taking weekly baby bump shots, that did not happen.  That is something I definitely regret.  I did manage to take some though, so I will share some of my pregnancy story.

This was my first public bump picture.  It wasn’t until around week 17 – 18 when my baby belly finally popped.  The captions are what I posted on social media. :)

For those who have been curious, here’s my 18 week photo (technically 19 weeks tomorrow)! Boy or girl?!?! We find out on Thursday! :)

It’s a boy!!  This is the day we found out.  We were both SO happy that we were going to have a little boy!  My husband was over the moon!  My husband comes from a large family with a lot of girls, so we were both slightly surprised, but I had had a feeling deep down he was going to be a boy. ;)

We also made an announcement with our dog, Kahlua.  She was actually mopey most of my pregnancy. 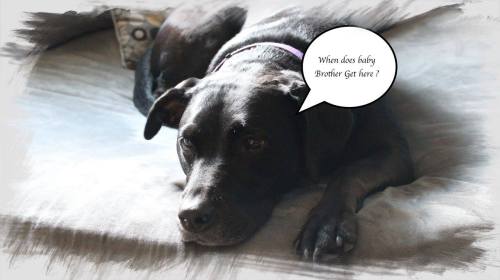 Week 24!  This was taken on Christmas Eve.  By far the best and most memorable Christmas Eve yet!  I know it’s only going to get better!

Here’s a little Christmas Eve 24 week bump photo! I’ve been terrible at taking photos but try to take one every now and then. :) Random facts: I absolutely love baby kicks and movements 💕. I tend to feel him most at night and when I’m driving. My craving for spinach has now been replaced with hot Cheetos and ice cream (not together😉). I’ve been more tired this trimester than the first, but thankful that I no longer feel sick all the time. I definitely think this little guy is going to take after his daddy. 💙 We are so blessed and excited that this time next year we will be celebrating Christmas with our little one in our arms!

And now we jump into January.  I believe I was about 6 months pregnant here. 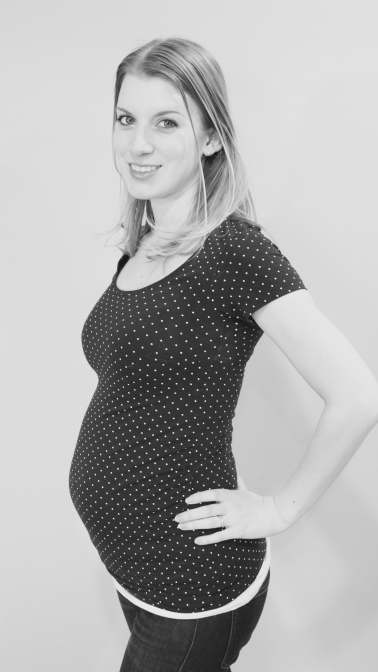 This was also taken in February.  My friend and I were due just 1.5 weeks apart!  So of course we took some pictures together ;)

My pregnancy overall was a healthy one.  At the beginning I felt sick, but I never once threw up (thank you Jesus!), I had one day of extreme dizziness but thankfully that didn’t stick around either (again, thank you Jesus!).

I CRAVED spinach even before I even knew I was pregnant.  Honestly, that should have been my first clue.  Not just any spinach guys.  I wanted spinach from a can with a ton of apple cider vinegar poured over it lol.  This lasted pretty much until mid-second trimester.  Then my craving was replaced with hot cheetos.  There were also definitely a few spontaneous trips to Dairy Queen as well.

I was afraid I had miss carried at the beginning of 14 weeks, but I’m so incredibly thankful that was not the case.  Let me know if you want the whole story on that.  At the end of the pregnancy it did turn out there was a problem with the placenta, but I will get more into that in my labor and delivery story.  But in the end we were/are completely blessed with a beautiful and healthy baby boy. <3

This has been one crazy journey but I love it and wouldn’t want it any other way!